We now have the third in my autumn portrait series. This time around, I teamed up with the the awesome Dominique to create a shoot that  combined fire dancing with the color of the fall leaves. This was tricky, since the fire dancing itself is only impressive after dark, and the fire bright itself isn’t enough to light the trees on its own. I came up with a lighting configuration that uses two, off-camera  flashes, one to create a shutter dragging effect and the other to light the trees behind her. I’m mostly happy with the effect as a proof of concept, but I would like to experiment with the setup more. I’m planning on putting out a more in depth lighting tutorial soon, as well as video, so be sure to subscribe if you want to see more. 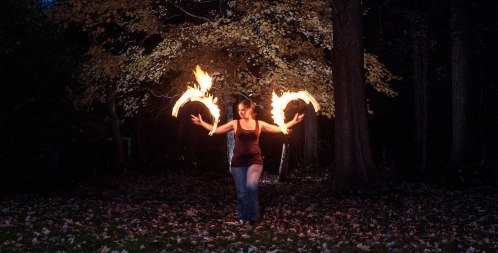 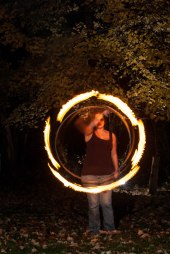