With the costs of some camera bodies, lenses, quality computers with software on which to edit, currently rivaling the price tag of a used car, the expense of photography equipment can feel like a massive barrier of entry to photographers. But, you can do a lot with a relatively small amount of cash if you manage to combine a working knowledge of photography and some shopping savvy.

I put some photos together to demonstrate what some of these different what some this equipment does. However; since my friends were all busy with classes, and my fiancé was busy with her grown-up job, I had to recruit from the action figure shelf. So, today, the role of the model shall be filled by the seductive Starscream.

Whether it’s grandpa’s birthday party, a girls’ night out, your pet in some sort of hat, nothing screams “amateur snapshot” quite like the direct flash. For anyone who doesn’t know the terminology, this is most commonly the flash built into your camera that sets off that brilliant light directly into your subject’s face, and is universally unflattering to every subject that it touches. You’re a big photographer now, and it’s time to graduate to the external flash.

The external flash opens up whole new worlds of lighting opportunities for you to play with. The swivel and hinge on the bulb allow you to redirect the light, reducing the harshness of the direct flash. This also lets you reflect the light off of your surroundings (most commonly the ceiling) to produce a much more even, professional looking effect.

There’s a pretty wide range of flashes to choose from, but I recommend starting at the $100-$300 range. Just from personal experience, anything below $100 will likely wind up under-performing, and is much more likely to break down.  Conversely, anything over the $300 is looking to be the professional range, and will be overkill for a beginner. I personally use a Sigma EF-500 DG Super, which I purchased for around $230 nearly three years ago, and has proven to be a fairly solid piece of equipment.

Here, we have a photo that was shot with my Nikon D80’s “Auto” setting, with its pop-up flash. Note how washed out and flat it makes the photo. Plus there’s that nasty drop-shadow.

This is that same shot, but with an external flash directed upward to bounce the light off my my white ceiling. Note how much more even the light is, creating a more natural look, and getting rid of drop shadows.

Same setup as the the previous two, except the flash is pointing off to the left, where it could bounce off of my blinds light the model from the side.

Now you have a decent flash, and you’re ready to start playing with lighting. Unfortunately, every remote, game controller, flash light, and smoke detector in your home has had its batteries ripped out just to keep you flash fed for any sort of substantial shoot. That’s where rechargeable batteries come in. They essentially pay for themselves if you get more than three charges out of them. Without exaggeration, my initial investment of $24 has probably saves me 10-15 times what I would have spent on normal batteries.

I’ve got two sets of four that I rotate, and those get me through pretty much anything. I recommend that you do the same, since having two sets means having spares in case one runs out, and you’re not high and dry waiting for one set to charge. While larger shoots will take more, (I’ve done wedding shooting that had me the photographer I was interning with swapping out almost every half hour from a constantly charging pool of about 16 batteries, as well as conventions that forced me to break down and just buy more.) a beginner probably won’t be handling anything that heavy to start out with.

This is pretty much an extension cord between your external flash, and your hot shoe. It allows you to reposition your flash however you want within the reach of that cord, freeing up your flash for even more lighting options.

In case you can’t bounce your flash, you can use the sync cord to place your flash over the subject to produce a similar effect.

With the freedom of the sync cord, you can place the flash under the subject to create a creepy effect called “Monster Lighting”

Use the sync cord to create profile lighting on the subject.

Sometimes, you won’t be able to bounce your flash, or just need to tone down the harshness of your flash.  In situations, you can either use a diffuser, or a reflector to soften up the light hitting your subject. 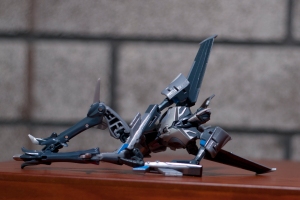 The diffused light creates a much softer effect, adding ambiance to the photo.

This one seems to be pretty self-explanatory, but it bares mentioning anyway. Of course, you can use it to take self portraits, but there are plenty of other applications that require help of added stability. First, it lets you shoot in all sorts of low light situations, by letting you shoot long exposure times without fear of camera shake.

You can get a cheap one for about $15 online, but I recommend against it. I tried that, and got a flimsy piece of junk that had a leg fall off in the middle of shooting a convention. It’s better to buy the better quality tool the first time, than buy the cheap one and have it break on you.

It also comes in handy when shooting macro photos, because the tighter you zoom in, the more noticeable camera shake is. It’s what I used to shoot the dried flower photos.

The added stability of the tripod let me slow down the shutter speed to a full minute, so I could photograph lighting.

While it can’t provide all of the stability of the full tripod, the monopod more than makes up for it by being lighter, easier to work with, and far less cumbersome. As an added bonus, you can attach the monopod to the sync cord at the base of your flash to add some reach to your flash.

While this is by no means a completely definitive buying guide for the beginner, it’s a good way to get some relatively inexpensive equipment that will allow you to be more creative with your photography. Play around with different gear combinations with different situations. To put this into perspective, I shot the entirety of Jordan Gets in Touch With Her Inner Harley Girl with just the equipment above. All this gear also has the added benefit of being pretty much universally compatible. So, even if you upgrade one piece of your gear, all of this stuff will still be usable with whatever new equipment you add to your arsenal. Go give this stuff a try, and feel free to leave any gear I might have missed, and would like to see in the future in the comments below.